I am the inventor of A. Ekimovskikh, offer to humanity KNOW-HOW the invention of the complex: Autonomous Regenerative Electrochemical Alternative Power Supply System - “APSS”for the processing of municipal solid waste with zero emissions of harmful substances into the environment !!! The APSS system generates surplus electricity from the STELS turboelectric generator I invented with 100% efficiency, the APSS system can completely replace and compensate for the generation of electric energy instead of existing thermal power plants and nuclear power plants, working exclusively on solid household waste, generating electricity and heat, maximizing long (up to 5 years) in a closed cycle!
I bring to your attention that this unique plasma synthesis technology developed by me turns any garbage into carbon black and combustible gas. This synthesis technology makes it possible to economically, safely and efficiently recycle solid waste landfills without harming the environment. Also, with a certain modernization, this technology allows you to process radioactive solid waste, turning it into carbon, which will allow you to process radioactive polymer water filters accumulated in Europe and the world in the first circuits of nuclear reactors and reduce their actual volume from 500 to 1000 times.
This technology is safe, super-profitable and has no analogues in the world !!!
The APSS system and STELS turboelectric generators are presented as the most economical, environmentally friendly, simple and reliable autonomous way to obtain electric and heat energy from municipal solid waste. The power of one STELS turboelectric generator can reach up to 1000 MW, starting from a minimum of 10 MW to a maximum. The technology allows you to turn any waste into a plasma chemical reactor into high-calorie synthesis gas (at least 10,000 kCall) or into carbon black. CO2 gas is considered unnecessary harmful gas on the planet, and various inventors tried to fight it, but so far no one has succeeded !!! My APSS  system makes wasteless and harmless waste recycling by plasma chemistry, electrolyzers and methanators, and CO2 gas becomes an effective fuel!
Utilizing household waste, surplus electric power is obtained for self-sufficiency and autonomous production of combustible synthesis gas, which will rotate the STELS turboelectric generator, power electrolyzers and electrometanators. The remaining surplus electricity in the amount of 70% is sold to the consumer energy market, surplus combustible gas, and the energy market is also sold. The production and installation of APSS systems included in the complexes of power plants with STELS heat generators according to my drawings will be made with an estimated price of 1 million euros per 1 MW, which is 3 times cheaper and 3 times faster than the construction of nuclear power plants. The recoupment of the construction of a new garbage waste processing plant with a capacity of 3 Gigawatts, up to 3 years. Modernization by the APSS system of existing plants with a capacity of 1 Gigawatt will pay off up to 1 year.
My APSS system can upgrade all existing waste recycling plants on the planet. Thus, a new environmentally friendly life begins without garbage on the planet !!!
You can learn more about APSS system technology at www.yekimovskikh.com


You have opened personal informational site of Ekymovskiy Alexandr Anatolievych. On this site you can find my commercial proposals for partners in business, correspondence with Ukrainian authorities; newspapers’ and magazines’ articles devoted to me dating from 1998 to 2006.

Starting with April, 1, 2006, for entering the site you should pay 1 euro. 1) Business proposals in heat-and-power engineering:

8) The project of “Vysokiy Samok” (High Castle) building on the
Knyaja Gora (Prince’s Mountain), taking into account scientists’ and Lviv citizents’ wishes declared on city-referendum. The complex “Vysokiy Samok” is going to include souvenir mint – a museum with operating press and matrixes of Ukrainian souvenir coins of last 850 years.

My site is created for public discussion of my projects, aiming at establishing capable of working groups which are quickly to apply my projects into Ukrainian economy. On this site you can find Ukrainian newspapers’ publications about my projects, and also my correspondence with Ukrainian authorities.

All of the above mentioned proposals are not connected with one another and are discussed with every business-partner particularly.

All of the business-proposals suggested are based on technologies, know-how and inventions which have no analogues in the world.

All the proposals are true up to May, 1, 2006. After that term all the counter-proposals will be analysed, and after that the choice of business-partners will be made. 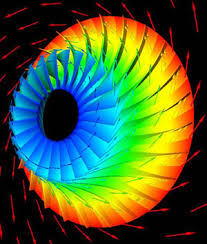